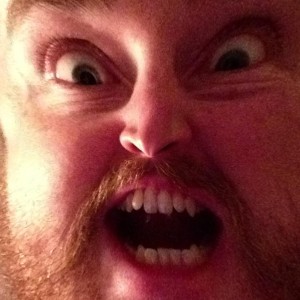 Ivana Vetta, who wrote the previous post about slag, is working on a Ph. D based on her research into metal at Zagora. Here’s what I found out from Ivana about why finding slag at Zagora is important.

Slag, which is a waste by-product of either metal-smelting or metal-smithing, has been found at Zagora in the past*.

Smelting is the process of heating the ore (metal in rock) to very high temperatures to separate out the iron and eliminate impurities (slag).

Smithing is the working of smelted iron into different objects – blades, knives, jewellery, nails, etc. (You may have seen a blacksmith make horseshoes; they require a forge – way of heating up the metal so it becomes red-hot, which causes it to soften so that it is pliable, and they can beat it into the shape that is required. Zagora smiths would have used similar techniques.)

So far only small pieces of slag have been found but no other evidence of metalworking activity such as a forge or metalworking tools. So we don’t yet know whether the iron was mined and/or smelted or and/smithed at Zagora or whether some or all of these – iron ore, smelted iron, objects made from iron – were imported.

Iron ore can be seen in the rocks in and around Zagora but not in what appears to be minable quantities. However this may be because the minable iron ore has already been extracted. There needs to be at least 55% iron ore in rocks to make it worthwhile to mine it. Any less, and the amount of work required to extract the small amount of ore available is not worth it.

Metal artefacts made of iron, lead and bronze have been found at Zagora. Most of the iron artefacts so far found have been fragments of items like knives, axes, nails and bolts. It is likely that complete metal items such as knives, which were portable and valuable, were taken by the residents of Zagora when they left the settlement.

So, given we know that Zagorans used iron objects, we want to know if it was mined in or around Zagora. And if not, what was the source of the iron – where was it mined, and how was it transported to Zagora? How was the commercial activity of the selling/buying transacted? Was the metal traded or was it bought for money? If the Zagorans traded for iron, what did they produce in commercial quantities that they could trade (e.g., livestock, agriculture, woven fabric….)?

If we find Zagora did produce its own iron ore, then we would try to determine what was the level of their iron production. Was it available in quantities only sufficient for the settlement, or did they export some of the ore? Was iron production and export part of their economy?

Ivana will, for example, compare the black iron ore she found at Agios Petros with that at Zagora, and try to determine the different qualities between the two ore types. Also, Ivana will look at the iron objects found previously at Zagora (now at the Andros Museum) to try to analyse where the iron may have originated, and whether some of it may have come from Agios Petros.

Ivana also plans to study the iron ore and mines around other towers on the island, to compare the ore from those locations.

We also want to know whether metal smithing took place at Zagora. If so, what did they make here? Did they make it only for their own use or was some of it exported? And if so, what was the commercial process for this?

If smithing did take place at Zagora, were there one or more ‘smithing depots’ or did the smith or smiths travel about from house to house and make (or mend) things for people at their homes?

Ivana’s research will examine the amount and distribution of slag found at Zagora compared with other sites to try to determine similarities and differences between Zagora and other sites about which we may know more.

Why is iron so important? Its use signifies one of the three ages by which we categorise prehistory, in chronological order: Stone Age, Bronze Age and Iron Age. The time of the settlement at Zagora (900-700 BCE) takes place in the Early Iron Age (1100-700BCE). Extremely high temperature forges were required to fashion iron but the cost of production was relatively cheap and iron was also easy to find and mine, relative to other strong metals. The proliferation of the use of iron which could be fashioned into strong cutting and shaping tools, and also in construction, played a crucial part in the development of civilisation.

Chemical analysis of the iron ore available at Zagora will provide more evidence about the likelihood of its having been mined for smelting. It is not likely to have been mined if there was less than about 55% ore in the rocks. But the quality of the ore – its softness or hardness – also makes a difference to how easy it is to extract the ore; soft ore is easier to extract from the rock. But another factor would also come into play: how much the Zagorans needed iron and whether it was available from elsewhere. So there is an interplay between all these factors which will help Ivana in pursuing her research.

Ivana will be looking for evidence of more slag, iron artefacts, and also one or more industrial areas at Zagora where smelting may have taken place. This is likely to have been some distance from the houses; possibly around the perimeter of the site. It is also likely to be at the side of the settlement where the prevailing winds blow away from the settlement – so the smoke from any smelting works would blow away from rather than towards the houses.

There has been a great deal of erosion over the centuries around the site at Zagora. It is possible that some or all of the area that may have contained smelting works has eroded away and is buried among rock pile down towards the shore level.

So we have many questions to which we are seeking answers – but the journey of discovery is an exciting one.

1 thought on “Why slag matters”